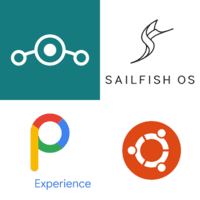 The Open Devices Project aims to bring free software to Sony Xperia™ phones. Under stewardship from Sony, the project allows you to run your own version of Android, LineageOS, Ubuntu or SailfishOS on your device in no time!

Read the Intro Try it out Visit sony.com

This is an unofficial community page about the Sony Open Devices Project.
The purpose of this site is to introduce the project and to highlight the contributions that members of this community have made.

See what's available Unlock my Device Develop my own ROM

Easy to get started

Sony provides an official guide for compiling Android for Open Devices: See Build Instructions. Follow that guide after unlocking your device and you'll be running your very own build on your phone.

Once you've created your first build, we'll help you get up to speed with code review on GitHub and lots of documentation - for example, at the Open Devices Corner docs. See also the Guides & Resources page!

In case you want to see a ready-made build in action before setting up a build environment yourself:
Try it out

For an in-depth explanation for existing or aspiring developers, see the Developer Intro.

The Sony Open Devices Project (“SODP”) is very unique. We strive to create as much open-source components as possible. As opposed to other vendors - who turn a blind eye but could shut down custom ROM projects any time - the work is (mostly) blessed by Sony.

All the sources are available at GitHub from sonyxperiadev - the official Sony Mobile account.

We're all a friendly bunch and like to help out newcomers - provided you are eager to learn. The team consists of great people from all over the globe, and we're always looking for new and diverse contributors.

News feed to keep up with new developments.

Don't be shy to join us! For more information on how to get in contact, see the Communication page.

We have created a few of our own tools, apps and services which expand functionality or supplant closed-source, proprietary parts.

Own flavour of AOSP

We ensure that you can build from SODP and AOSP sources with very minimal patches. Still, we have some nice additions for you when starting out.

Because we publish our device trees and make them generic, they're very easy to work with. As such, many projects have picked up on our work and created their own ROMs based on SODP.

Note: This is an unofficial community page about the Open Devices Project by Sony. For the official website, refer to Open Devices · Sony.com. This page is neither affiliated with nor endorsed by Sony or any of its subsidiaries.